Being able to make money just a little bit faster—so that he can provide his family with better living conditions—is what Yin Xianwen, a truck driver from Anqing City in China’s Anhui Province, wants most from life, a sentiment echoed by many in his position across China. Just 10 years ago, realizing such a wish would have needed a healthy supply of patience, given the limitations of China’s internet development at the time.

Luckily, following nearly a decade of catalyzing technologies, such as the increasing pervasiveness of mobile internet, artificial intelligence and the Internet of Things, the boundaries of China’s market volume are being broken down, with a number of Chinese companies capitalizing and making their presence known throughout the world. Refinements to China’s business infrastructure are being driven by a myriad of internet enterprises, including Alibaba, Tencent, DiDi, ByteDance, and FOR-U Smart Freight.

Internet connectivity has permeated every facet of front-end consumer demand, touching every aspect of life, even those that involve life’s basic necessities. In the front-end consumer sectors, niches left to be filled by budding entrepreneurs are few and far between. However, like the road freight sector that Yin Xianwen presently endeavors in, another traditional sector has long eluded the upsurge of internet connectivity but is now being transformed by a new wave of cutting-edge technology.

China’s supply-side market is ushering in a new era. 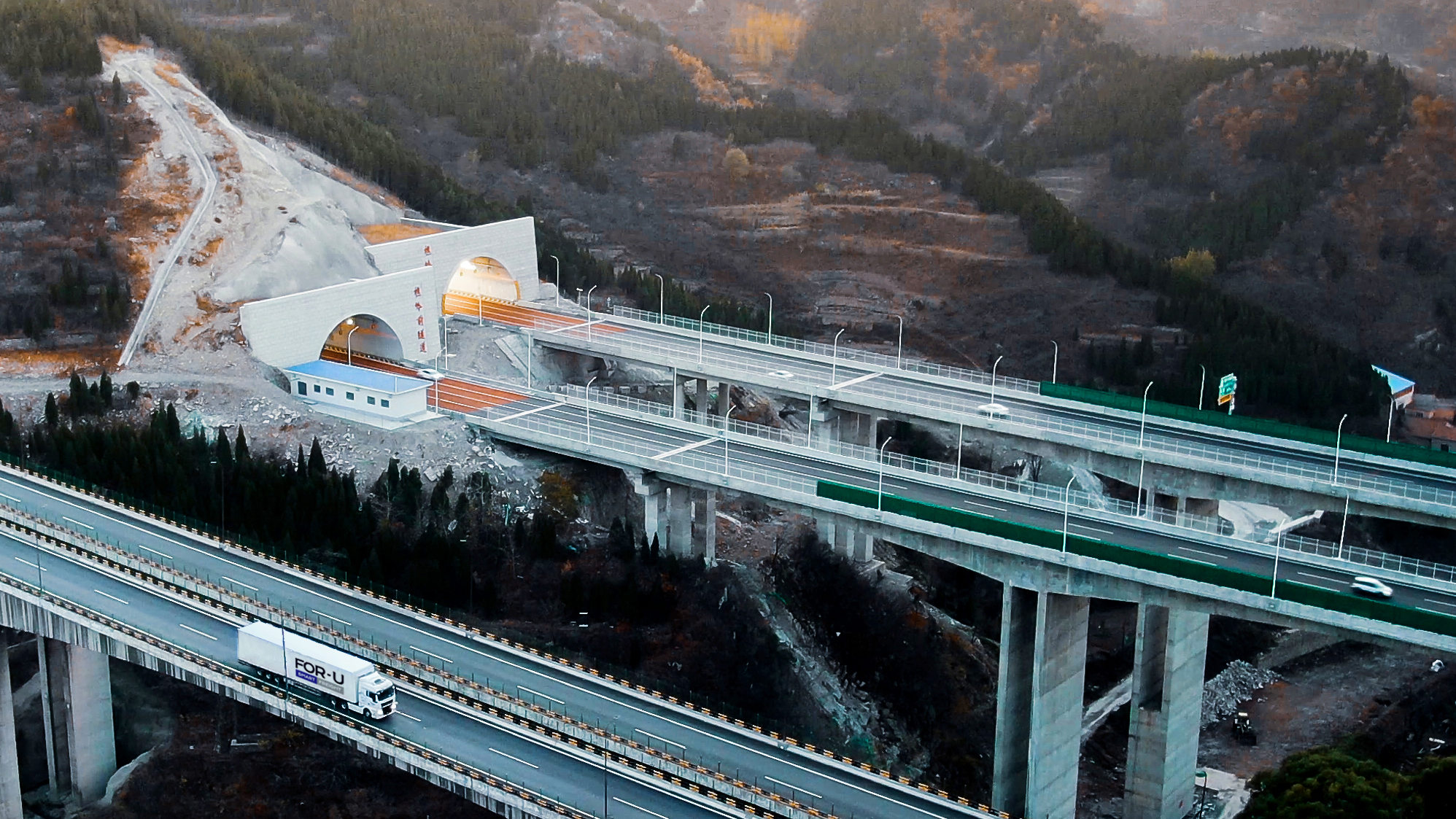 And yet, China’s trucking industry continues to face a host of critical issues.

On the shipper side of the equation, finding carriers can be a cumbersome and inefficient process. Freight rates are volatile and lack transparency. Lack of services and dispatch delays are prevalent during loading and shipment. En-route order tracking remains limited, and cost settlement suffers from a lack of standardization and significant risk.

On the carrier side, drivers often experience difficulties identifying legitimate loads. They are also hurt by volatile and nontransparent freight rates. Transport capacity is often undercut by inefficient utilization, and issues such as a lack of payment guarantees and protracted payment periods plague the settlement process.

Technology is both the vehicle and solution by which FOR-U curbs costs and enhances efficiency for the industry.

FOR-U Smart Freight delves deep into all links of the transportation chain, employing a uniquely innovative, whole-sector performance model that focuses on the industry’s pain points. It has established an intelligent logistics system centered around big data and AI technology to provide upper- and lower-reach parties with full-process performance services, from quotation to shipment to settlement, in the name of resolving all fundamental pain points pertaining to both shippers and carriers. FOR-U assists consigning companies and truck drivers in curtailing information acquisition costs, while enhancing operational efficiency and optimizing the overall freight transport service experience.

Throughout the course of FOR-U’s development—from the early stages of online platform adoption through standardization to the implementation of smart technology—the platform has held steadfast to its principle of tech-based guidance, employing a mindset that encompasses both internet-centric thinking and traditional logistics to transform China’s road freight industry.

Driven by a mission to “make road freight simpler and smarter,” FOR-U’s founder and CEO, Shan Dandan, has outfitted the domestic road freight sector with a tech-based core. Through research and development into segments such as smart pricing, smart dispatching and smart services, her company’s tech team has built a full-process performance model for the platform to elevate FTL transport in both efficiency and quality. 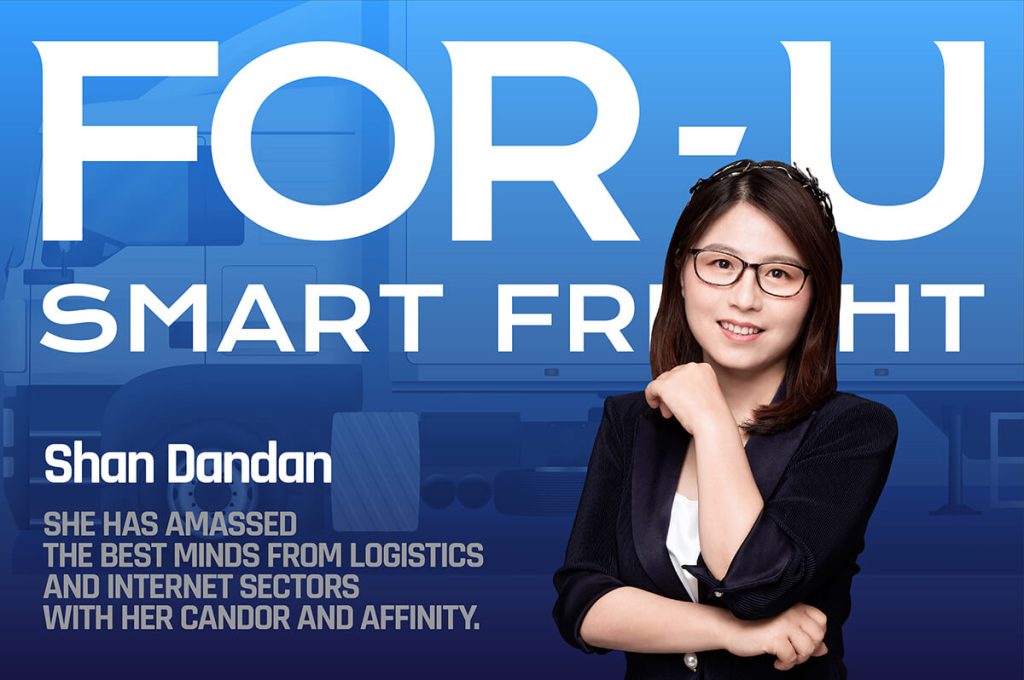 Shan Dandan is a pioneer in digitalizing FTL transportation and a beacon that has amassed the best minds from logistics and internet sectors. She believes that the limitations imposed on a company are defined by the cognitive limitations of its founder. As such, she has chosen to pursue advanced studies at the internationally renowned Tsinghua University PBC School of Finance.

Shan has received a number of accolades, including being listed by Forbes China as one of the “Top 25 Power Businesswomen in 2018,” as “Asia’s Most Disruptive Entrepreneur for 2019” by Goldman Sachs, and featured in the Boston Consulting Group’s “2020 BCG Tech Challengers: The Next Generation of Innovation in Emerging Markets” report on behalf of her company.

FOR-U Smart Freight’s technological groundwork was significantly bolstered by Chen Guanling’s entry into the company as its CTO in 2017. Chen was granted tenure as a professor at the University of Massachusetts Computer Science Department at the age of 35 and has dedicated his life to researching fields that include intelligent interactive systems and applications, mobile big data and cloud computing. He has presided over multiple U.S. National Science Foundation projects and currently serves as science advisor and product consultant for multiple mobile internet companies.

For its exceptional innovative capabilities and explosive growth, FOR-U Smart Freight has received worldwide recognition, including being named as one of the Boston Consulting Group’s Top 100 Emerging-Market Tech Challengers, as well as the Forbes China High Growth Company List for 2020. Riding the wave of this success, FOR-U has attracted investment from institutions including Jingdong Logistics, Global Logistics Properties and Matrix Partners China.

In the six years since its founding, FOR-U’s partners have expanded to cover logistics companies such as Jingdong Logistics, Deppon Express, ZTO and SF Express; automotive companies such as Qingdao Doublestar and Great Wall Motors; and fast-moving goods companies such as the JDB Group, Wong Lo Kat and Budweiser, thus allowing its business to achieve full national coverage. In 2020, FOR-U’s trucking operational revenue ranked first among all of China’s tech-driven road freight platforms.

FOR-U has made rapid headway during the first five years of China’s digital economy boom, with its headquarters relocated from Nanjing—situated in the hinterlands of the Yangtze River Delta—to Beijing’s Zhongguancun area, better known as China’s Silicon Valley, just a stone’s throw away from the headquarters of China’s internet tech titans. Over the next five years, under the purview of China’s 14th Five-year Plan, the benefits of a new era of smart logistics will empower FOR-U to elevate itself to new heights of prestige.

Even now, the FOR-U Smart Freight platform gives shippers like Yin Xianwen the ability to seek out freight carriers that complement their needs in an expedient fashion, and allows for shippers and carriers alike to move more shipments, make greater gains and lead better lives through its efficient settlement process, flexible transportation options and user-centric service experience.

In Shan Dandan’s view, great creators make for greater value than great followers, and FOR-U Smart Freight aims to be the former. FOR-U’s vision is one of commitment to becoming a world-leading, tech-driven road freight platform that is able to achieve the pinnacle of “seamless shipment, vehicle utilization, and participant satisfaction” across the global road freight sector.